Border Liners Orienteering Club was formed in Autumn 1969. Our first event was in May 1970 in Greystoke Forest.

For 2020 the club had planned a celebratory event in Chances Park Carlisle, as Greystoke Forest is now unusable for orienteering. Unfortunately the Covid-19 pandamic put a stop to that, but this did not dampen the club’s enthusiasm to acknowledge an auspicious occasion! Angela Whitworth came up with a Grand Plan, and on Sunday May 31st 2020, as near as possible to 11am, club members and friends undertook a whole variety of individual ’50’ themed activities. These ranged from building sandcastles and counting rainbow posters in windows, to bike rides and gps tracked personal orienteering events. The order of the day was to have fun and, with the added bonus of wonderfully sunny weather, that’s exactly what happened! Thanks to everyone involved for making the event a real community effort, and a day to remember.

“Preparations are underway for our first event. We start from scratch with everything. At a club meeting at Alan’s house we propose to underwrite the first event to the tune of £10 each. Visits to the OS rooms in Carlisle Castle to cut the white plastic, paint it, staple it and put hangers and numbers on take up a lot of time and give us a lot of laughs… Widespread publicity for the event brings about 150 competitors to Greystoke in May. Among the 150 are many famous names including Dick Whitworth and Verena Johnston, plus daughters. Verena takes her lunch with her to eat on the way round and still finishes 2.6km in 46 minutes. Verena’s comment at the finish: “I didn’t know you were allowed to run. We could have gone much faster.”

“Think logically and hurry slowly” should be the motto of all Border Liners!!”
from Newsletter no 11, May 1971 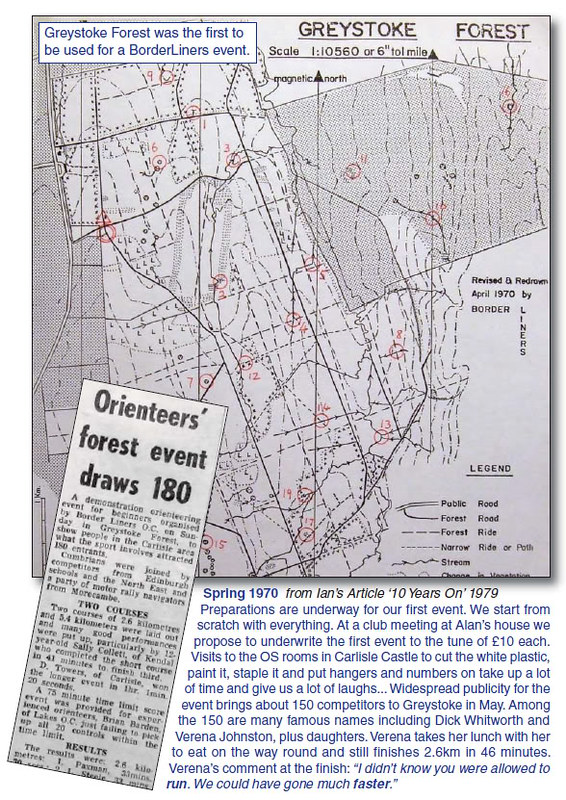 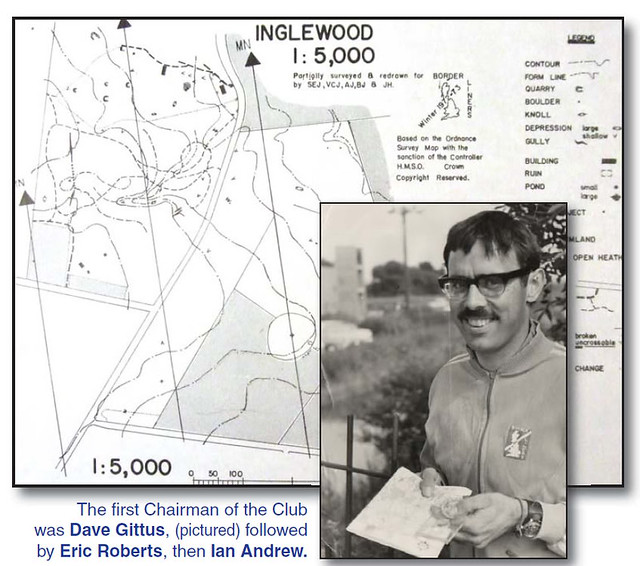 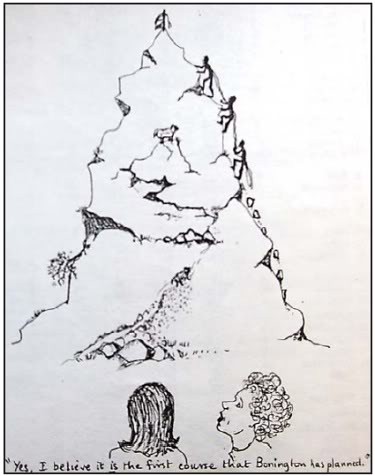 And for those who may not appreciate how far the technology has moved on…
“Two months have now elapsed since the JK and still no results have appeared”
Quote from then Chairman, Ian Andrew, 1973

There is a young lady I know,
Who used to run terribly slow,
But when offered free Guinnesh,
To sup at the finish,
My goodnesh she didn’t half go.
(A.W.)

An orienteer named Kelly,
While crawling along on his belly,
Said “It makes me so sick,
These trees are so thick,
I wish I’d stayed home and watched telly”.
Derek Hartley, inspired by Broughton Moor

An orienteer called Hartley,
Wears red and blue O suits – partly,
As he goes dashing past,
He may not finish last,
But at least he does it smartly.
(D.H.)

40th Anniversary and Picnic
40 years ago, on Sunday 31st May 1970, Border Liners held their first Orienteering Event in nearby Greystoke Forest. Greystoke is now totally unsuitable for Orienteering, so we moved the Celebrations to the nearest alternative Venue and Date…
Saturday 22nd May, Eycott Hill near Penrith 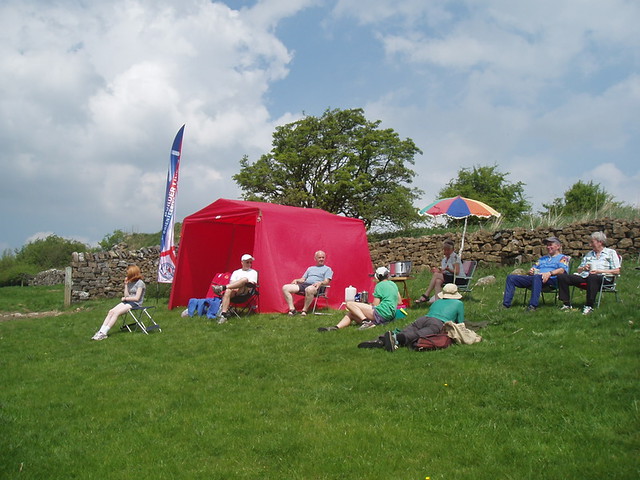 40th Anniversary Event report by Angela Whitworth
Thanks to: Dick Whitworth (who competed at Greystoke – his first Orienteering Event – 40 years ago) for Planning and Organising a most enjoyable day out in definitely not Eycott Hill weather.
Avis Armer for the welcome refreshments
All of you who brought Picnics and made it a really good, sociable day out.
There was a simple course for youngsters, and 2 courses of approx 4.5km and 7.5km which were ‘a little bit different from the usual!!’ These involved running the Junior Course, followed by another seven or fourteen extra controls, which had NO Markers, Control Descriptions OR code numbers, just SI Boxes on plastic boards. Caught a few of us out! It could have been worse – there were NO Dummy Controls (although no-one told us that), so every SI Box on the ground matched a circle on your map. Just a matter of identifying Which One.
Entry fees were 1 guinea for seniors, and 1 florin for juniors!